RFID stands for “Radio Frequency Identification Technology”. Many times you have seen while shopping at the mall like Big Bazaar, Shopperstop etc. you cannot exit with the merchandise or grocery you bought without billing and without making payment for those merchandise or grocery. As and when you attempt to exit the alarm honk and signal that you have something which went unbilled or unpaid. 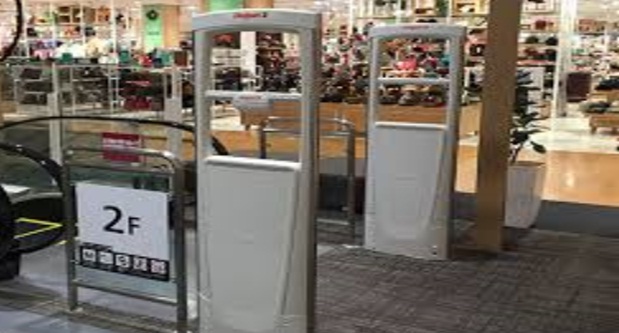 The technology used in the mall is RFID technology itself. See in Figure 1. The white pole established at the exit gate of the mall are RFID reader. The product you bought carries a tag which implanted a chip in it that has the record of the product like quality, quantity, size, price etc. The RFID use radio signals to read or track the ID tag and simultaneously send the information of the product to a computer which with the help of an embedded software checks whether the item has been billed or not or are paid or not. Think the control over the risk of theft or any malpractice which can cause a loss to the company.

Now, how it would be, if the technology is used in tracking the means of transport to checks whether the items carried by the vehicle are genuine and as per the records. Hence the introduction of RFID in E-way bill system under GST.

As the E-way bill system has been rolled out in all over the nation under GST, it is required to implement a strong IT infrastructure in order to cater the risk of misconducts. E-way bill is the short form of Electronic Way Bill. It is a unique document/bill, which is electronically generated for the specific consignment/movement of goods from one place to another, either inter-state or intra-state and of value more than INR 50,000, required under current GST regime.

Before GST, under VAT or Excise, there was Way-bill or bilty or that kind of documents in place of E-way bill the means of transport (e.g. Truck) used to carry with them along with invoice while transporting the goods from one place to another or from one state to another. The VAT or Excise officers randomly sojourn the truck on the way and manually check all the documents the transporter carry. If the goods are not as per the documents, there was penalties and prosecutions. The same practice is being followed under the GST.

Now let’s assume a mall without having established RFID reader at the exit gate instead a guard or a security team is placed at the exit gate. What will happen? Can the security staff nab each and every one who willingly or unwillingly takes out the goods without paying the value for the same? The answer would be a big NO. There would be the lack of proper control which can cause the store serious loss.

Same thing is with E-way bill. It is not possible to check every truck passes whether it is carrying the goods as per mentioned in the E-way bill. Although, the same can be cross checked when the person file the return. But what about the Real Time Tracking. 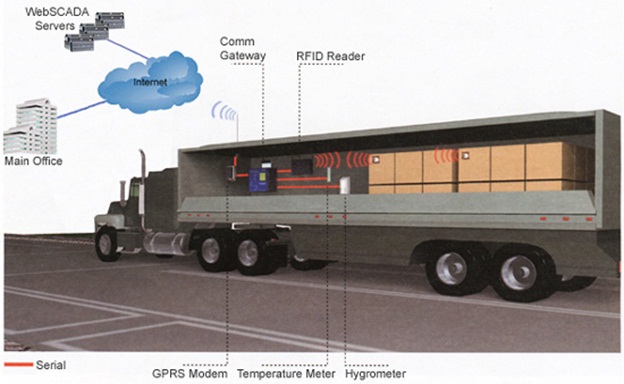 Over & Above this “RFID Technology” is being used in the Ports like Madras, Cochin, Chennai etc. where RFID e-seal based self-sealing procedure has been introduced as a measure of export facilitation and in this pursuance, it is mandatory only for the cargo in full container load, sealed at the approved premises, by an entitled exporter to self-seal their consignment by the approval by Jurisdictional Commissioner and after that approval the entitled exporter has to file his GST returns.

The technology of RFID is also being incorporated in CGST Act so as to make it compulsory in nature for specified categories. Rule 138A and Rule 138B of CGST Rules, 2017 legislate as below:

“(1) The person in charge of a conveyance shall carry—

(a) the invoice or bill of supply or delivery challan, as the case may be; and

(b) a copy of the e-way bill in physical form or the e-way bill number in electronic form or mapped to a Radio Frequency Identification Device embedded on to the conveyance in such manner as may be notified by the Commissioner:

Provided that nothing contained in clause (b) of this sub-rule shall apply in case of movement of goods by rail or by air or vessel.

(2) A registered person may obtain an Invoice Reference Number from the common portal by uploading, on the said portal, a tax invoice issued by him in FORM GST INV-1 and produce the same for verification by the proper officer in lieu of the tax invoice and such number shall be valid for a period of thirty days from the date of uploading.

(3) Where the registered person uploads the invoice under sub-rule (2), the information in Part A of FORM GST EWB-01 shall be auto-populated by the common portal on the basis of the information furnished in FORM GST INV-1.

(5) Notwithstanding anything contained in clause (b) of sub-rule (1), where circumstances so warrant, the Commissioner may, by notification, require the person-in-charge of the conveyance to carry the following documents instead of the e-way bill

(b) a delivery challan, where the goods are transported for reasons other than by way of supply.

Also, Rule 138B of the said Rules read as under,

“(1) The Commissioner or an officer empowered by him in this behalf may authorize the proper officer to intercept any conveyance to verify the e-way bill in physical or electronic form for all inter-State and intra-State movement of goods.

(3) The physical verification of conveyances shall be carried out by the proper officer as authorized by the Commissioner or an officer empowered by him in this behalf:

Provided that on receipt of specific information on evasion of tax, physical verification of a specific conveyance can also be carried out by any other officer after obtaining necessary approval of the Commissioner or an officer authorized by him in this behalf

Concluding the whole thing, this is a step ahead taken by the Government of India in order to streamline the Supply Chain Management and reducing the lead time ultimately making India grow and develop.